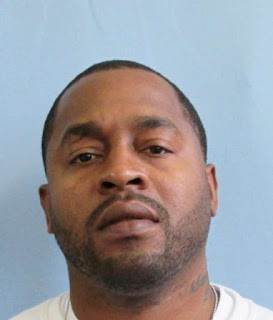 Roderick Byrd is on death row in the state of Alabama.

You can write to this prisoner at

Roderick Byrd appeals his four capital-murder convictions and sentences of death. Byrd was convicted John Aylesworth, and Dorothy Smith during the course of a robbery
of three counts of capital murder for taking the lives of Kim Olney,

According to Byrd's statement, while they were in the parking lot of the Inn, Mitchell, Floyd, and Byrd discussed the robbery. At some point before entering the Inn, Byrd put on a pair of black gloves to prevent leaving physical evidence of his participation in the crime; however, neither he nor Mitchell, who had previously been employed at the Inn, made any attempt to conceal their facial identities Thereafter, Mitchell and Byrd entered the Inn-each armed with one pistol-and encountered Kim Olney, the desk clerk, and John Aylesworth, a truck driver, who was waiting in the lobby for a ride to Texas.

Once in the Inn, Mitchell focused his attention on Olney while Byrd used his pistol to subdue Aylesworth, a former Marine. At some point during the robbery, Dorothy Smith, a traveler from New York who was in Alabama visiting family for Thanksgiving, entered the lobby of the Inn to rent a room for the night. After she entered the lobby, Smith, like Olney and Aylesworth, was held at gunpoint. During this time, Mitchell took approximately $300 from a cash drawer that was located behind the clerk's desk and also tried unsuccessfully to open a safe. Mitchell and Byrd also took various items from the three victims, including a tote bag, a duffel bag, clothes, and money. During these events, Olney, Aylesworth, and Smith were each shot behind the ear at close range with .38 caliber pistols.2 Olney was also shot in the arm. All three victims died as result of a gunshot wound to the head. Forensic testing of the projectiles recovered from the crime scene and the victims' bodies established that Olney and Smith were shot with the same .38 caliber pistol and that Aylesworth was shot with a different .38 caliber pistol.

March 03, 2020
David Barnett is an inmate on death row in the state of Missouri.. Previously sentenced to death, but the sentence was overturned by a judge in 2015 Crime Barnett was waiting for his grandparents when they returned home around 1:00 p.m. He confronted his grandmother and pushed her down in the hallway. He then pushed his grandfather to the floor and grabbed a knife that was lying on the nearby kitchen table. As his grandfather rose from the floor, Barnett kicked him in the head, and when he fell to the floor again, Barnett stabbed him repeatedly in the neck area. All told, Barnett inflicted ten stab wounds and numerous cuts to his grandfather’s neck, face, and hands. Satisfied that he had killed his grandfather, Barnett returned to the kitchen to get another knife and then began stabbing his grandmother in her neck as well. Once again, Barnett returned to the kitchen to get more knives. This time he retrieved two knives with which he continued to stab his grandmother until sh
106 comments
Read more

August 04, 2019
Pete Vanwinkle is a Caucasian on death row in the state of Arizona. He was convicted on 11/17/2009. Crime According to the DOC, Pete Vanwinkle was sentenced to death for the murder of Robert Cotton. Vanwinkle was awaiting trial in the Fourth Avenue Jail on charges of attempted 2nd degree murder and misconduct involving weapons. Cotton was in jail awaiting trial on theft charges. On May 1, 2008, Vanwinkle brutally strangled and beat Cotton to death inside his cell. The majority of the murder was captured on the jail's video surveillance. Address ASPC-E BROWNING D/RW Pete Vanwinkle 159162 PO Box 3400 Florence, AZ 85132 Links of Interest Inmate Sentenced to Death For Jailhouse Murder That Cost Maricopa County $500K; Thanks Again, Joe Videos of Interest
41 comments
Read more