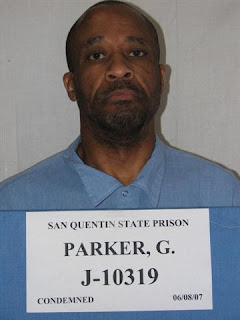 Gerald Parker is an inmate on death row in the state of California..

Parker, dubbed the "Bedroom Basher" for a string of sex slayings that terrorized Orange County in the 1970s, attacked six women and killed five of them. The husband of one victim spent 16 years in prison until DNA evidence showed Parker was the actual assailant. His appeal includes Gerald Parker, nicknamed the “Bedroom Basher” by the media in the late 1970s for a string of unsolved home-invasion rape murders in Orange County, was convicted by a jury of the first degree murders of Sandra Fry, Kimberly Rawlins, Marolyn Carleton, Chantal Green, Debora Kennedy, and Debra Senior

If you have had experience with this inmate, we'd love to provide your experience, negative or positive. This can be done anonymously or not.If you are related to the victim, we would also include anything you have to offer.

Interested in other serial killers? We have a blog for that. Visit US Serial Killer Addresses today!

March 03, 2020
David Barnett is an inmate on death row in the state of Missouri.. Previously sentenced to death, but the sentence was overturned by a judge in 2015 Crime Barnett was waiting for his grandparents when they returned home around 1:00 p.m. He confronted his grandmother and pushed her down in the hallway. He then pushed his grandfather to the floor and grabbed a knife that was lying on the nearby kitchen table. As his grandfather rose from the floor, Barnett kicked him in the head, and when he fell to the floor again, Barnett stabbed him repeatedly in the neck area. All told, Barnett inflicted ten stab wounds and numerous cuts to his grandfather’s neck, face, and hands. Satisfied that he had killed his grandfather, Barnett returned to the kitchen to get another knife and then began stabbing his grandmother in her neck as well. Once again, Barnett returned to the kitchen to get more knives. This time he retrieved two knives with which he continued to stab his grandmother until sh
113 comments
Read more

August 04, 2019
Pete Vanwinkle is a Caucasian on death row in the state of Arizona. He was convicted on 11/17/2009. Crime According to the DOC, Pete Vanwinkle was sentenced to death for the murder of Robert Cotton. Vanwinkle was awaiting trial in the Fourth Avenue Jail on charges of attempted 2nd degree murder and misconduct involving weapons. Cotton was in jail awaiting trial on theft charges. On May 1, 2008, Vanwinkle brutally strangled and beat Cotton to death inside his cell. The majority of the murder was captured on the jail's video surveillance. Address ASPC-E BROWNING D/RW Pete Vanwinkle 159162 PO Box 3400 Florence, AZ 85132 Links of Interest Inmate Sentenced to Death For Jailhouse Murder That Cost Maricopa County $500K; Thanks Again, Joe Videos of Interest
46 comments
Read more